It was fifteen minutes into my walk that I realized my mistake. For a fleeting moment I thought I had found the right place, a large building beside a body of water, a steady flow of people entering and exiting the road beside. Was it just me or did they look like the young, athletic type I had been expecting, or was I seeing what I wanted to see?

I had left the Tube station as I so often do, striding purposefully, not so much because I know where I am going, but because I don't want anybody else to think that I might not. It is a failing of mine, I know, but I hate to reinforce any preconception that passers by may have of the guide dog owner they see, no doubt lost and in need of their assistance. So, rather than do the sensible thing, I strike out in whatever direction my inbuilt compass tells me must be right, walking with confidence and pace until I sense that something must be amiss, and pause to consider my options. This would of course be a good point to accept my predicament, ask for help, or in the very least retrace my steps to the last place I knew with any certainty where I was and where I needed to go.

Of course, in this instance, I had neither sought help on climbing the steeply curving steps leading from Manor House Tube to a busy street corner., and nor did I accost any members of the public when my phone informed me, rather disappointingly, that the shining water surface I had glimpsed briefly as I approached my present location was not the lake I was looking for, but the New River, channelling, as I believe it still does hundreds of years after its construction, drinking water into the Centre of London.

Truth be told, I was quite excited to have found the river, having previously read the wonderful London blogger, Diamond Geezer's account of walking it from source to sea, or whatever the equivalent journey is for a man-made water course. Perhaps it was this, or more likely my hatred of turning tail and confirming to all and sundry that as a confident user of their local pavements I was something of a fraud, I instead took a sharp left and began to trace my way along the road shadowing the river bank. This wasn't a bank like any that most people would know it, rather it was a Dan of sorts, rising steeply from the stout fence which kept pedestrians out, to a height of perhaps five feet, and in this way presumably maintaining the gradual gradient used to keep those precious water's flowing. If I had wished for an easy view of the river I was to be sorely disappointed, for it wasn't until I had returned, chastened, to Seven Sisters Road, having admitted defeat after a quarter of a mile trek in the wrong direction, that I was able to look down on it from the edge of a bridge parapet. It had a canal like straightness, and its towpath appeared decidedly unappealing, so only half an hour late I cut my losses and returned to the Tube.

But what was it that I was looking for in the first place, I pretend to imagine hearing you cry? What was it that drove me to leave behind the comparative safety of southwest London and head instead for the unknown hitherto largely unknown lands that lie beyond Kings Cross? Well, I was attempting to be sensible for once, recognizing that the next time I came this way, butterflies fluttering inside my stomach ahead of three hours of climbing tuition at The Castle Climbing Center, it would be dark and cold, and not a time to be getting lost and exploring rivers, new or otherwise. I had it in mind that I would pop gown there on a nice bright Saturday afternoon, trace the route a couple of times, ensure Gio could find the front door, and then head off elsewhere for a little more exploration. My unscheduled visit to the New River had put paid to this being a quick trip, but, having returned to those steep steps to the Underground I was finally able to achieve what I had come for in the first place. 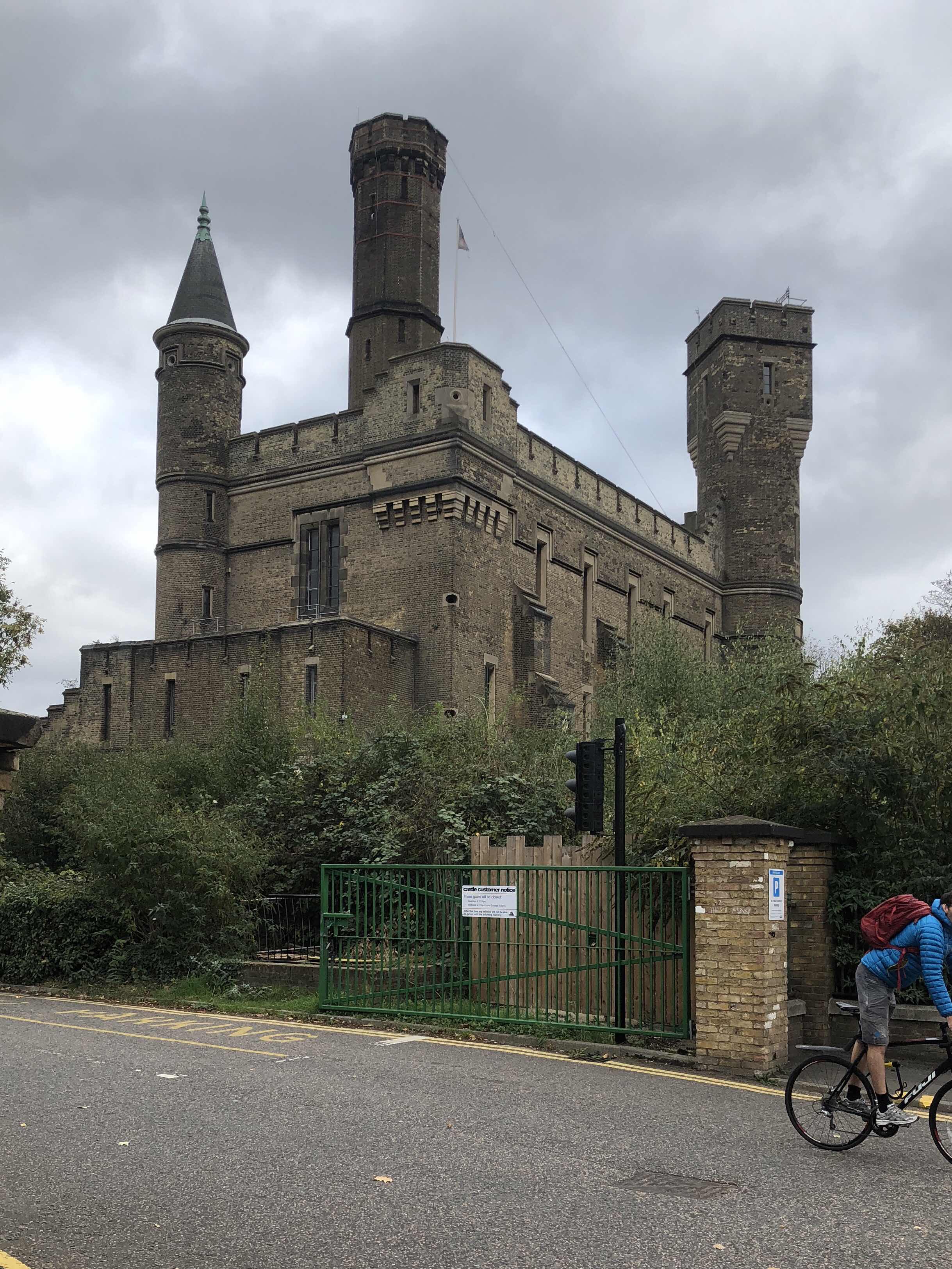 The route to The Castle was, as I had been led to believe, simple and straight, and within less than ten minutes I was mingling with the hordes inside, young and old alike, just for the record, seeking out their shop and a new pair of trousers to see me through my early days on the wall. The but that's a story for another day.